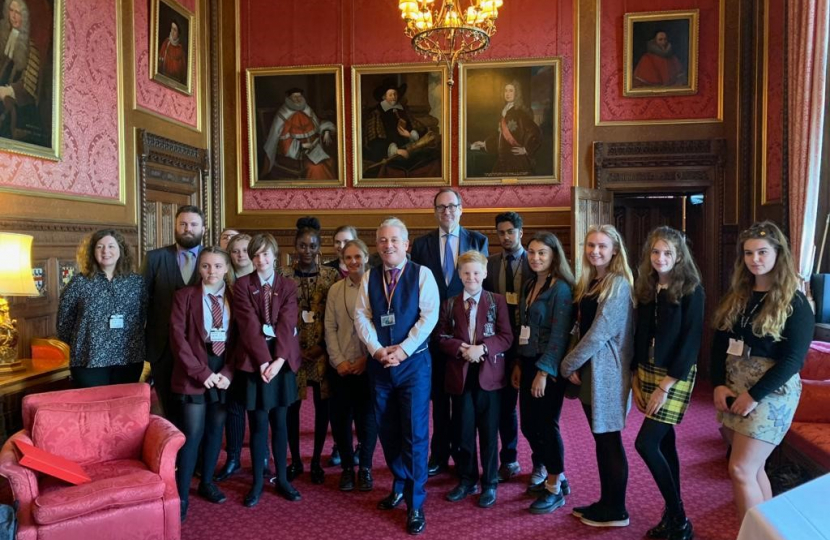 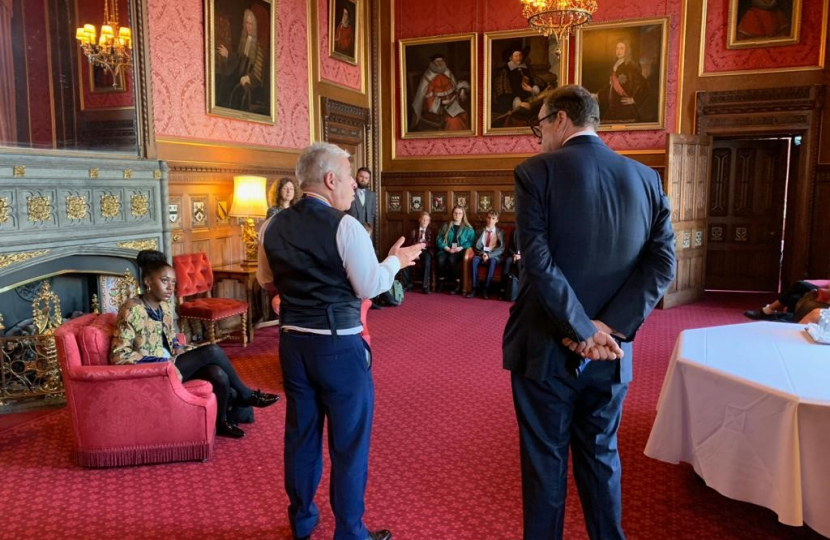 As a prize for reaching the finals of the Watford Debating Competition, Richard Harrington MP arranged for students from Kings Langley School and Queens’ School to meet the House of Commons Speaker.

Every year, Richard Harrington MP organises a debating competition for Watford’s schools. This year, 8 local schools took part and Queens’ School were crowned the champions, with Kings Langley taking the runner up spot.

Students took part in 4 knock out rounds and debated a range of topics, including Brexit, censorship and climate change.

As a prize for winning, students from Queens’ were given a trophy, INTU vouchers and an opportunity to meet the House of Commons Speaker! But this year’s competition was so close and so Mr Harrington decided to invite both finalists to meet Mr Bercow.

17 students and 3 teachers had tea in the House of Common, and a Q&A with Mr Speaker, which took place in the stately rooms at the Speaker’s official residence. Students asked him about his role, his politics and what he’s most proud of in his career.

Mr Speaker also provided the students with tips on debating, advising them on how they can improve and encouraging them to keep on doing it!

Richard (who organises the competition and the prize) said:

“Congratulations again to this year’s finalists. Each year gets better and better, and this year we had fierce competition, so it’s such an achievement to reach the finals. I think it’s really important to engage young people with politics and a debating competition is great way to boost confidence and gain public speaking experience.

Mr Speaker also does a lot to encourage debating in schools, so he was only too pleased to support this competition and congratulate our finalists.”