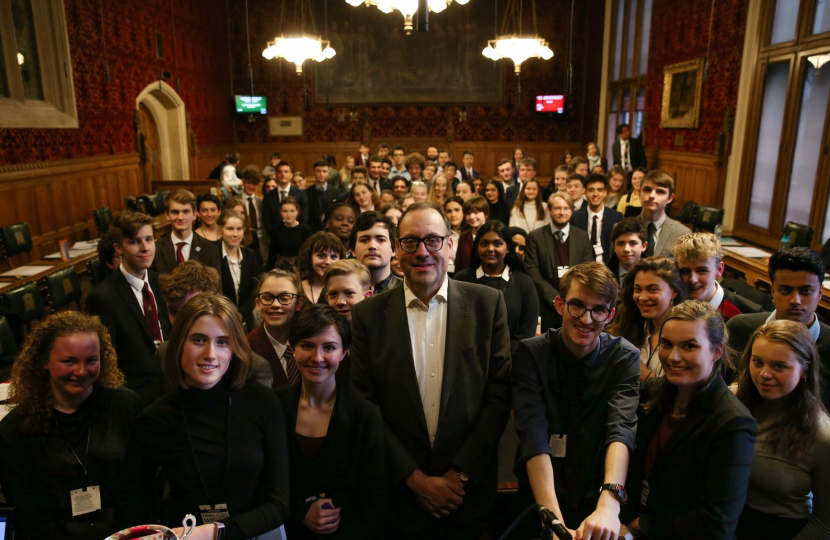 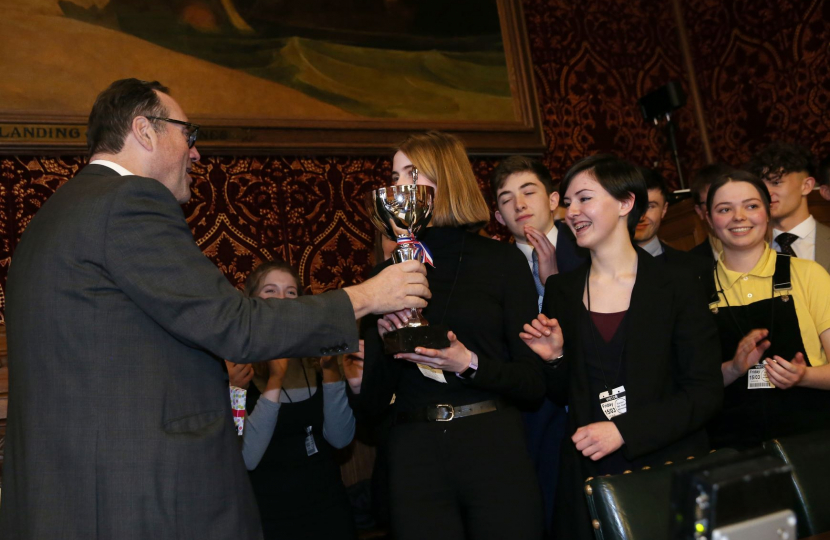 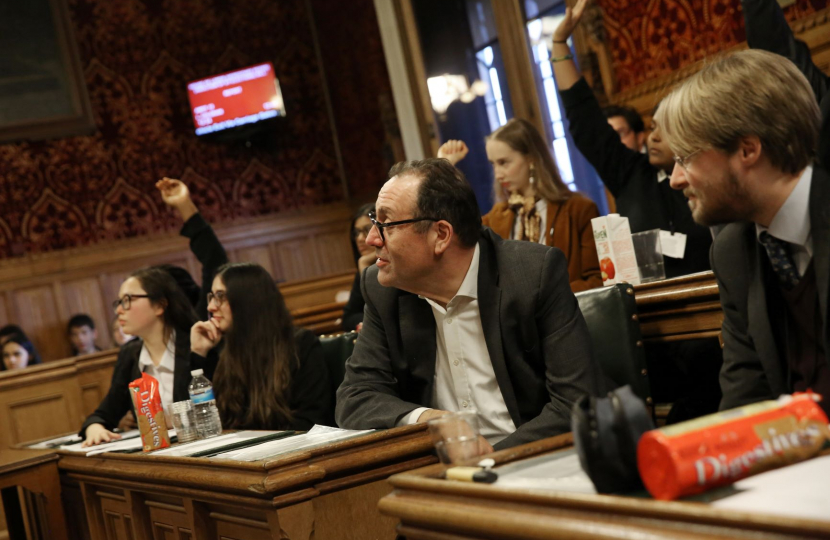 Every year, Watford MP, Richard Harrington, organises an inter-school debating competition for secondary schools, held in the Houses of Parliament.

The competition was judged on debating and presentation style, as well as the quality and clarity of arguments made. Students had to impress a panel of respected judges, including Lord Daniel Finkelstein of The Times, Lord Jon Mendelsohn, Linda McIntyre from Watford Workshop, and Herts County Councillor Frances Button.

In the final, St Clement Danes and Queens’ debated the motion ‘This House believes that UK citizens that joined ISIS should have their citizenship revoked’, with St Clement Danes arguing against the proposition and Queens' arguing in favour. St Clement Danes went on to clinch victory in the closely fought debate, winning the title of Watford Debating Champions, a trophy and £100 of Amazon vouchers. The Winner will also be invited to meet the House of Commons Speaker, John Bercow MP.

This is the eighth year of the competition which was won last year by Queens’, and the year before by Watford Boys.

“I was delighted to crown students from St Clement Danes as this year’s debating champions. It’s fierce competition every year, so really well done to all the speakers!

I’d like to thank all the schools for taking part, as well as our illustrious panel of judges and co-chairs.

I started organising the Watford Debating Competition because I think it’s so important to engage young people in politics. A debating competition is great way to do that, whilst also helping students to gain public speaking experience.”

Oliver Dowden, MP for Hertsmere, who chaired one of the debates, said:

‘It was a pleasure to chair the debate between Queens’ School, Bushey, and Kings Langley School on Friday.

Their debate over the merits of the green belt was a close run affair and I thought both sides made very good points.

I was pleased to see Queens’ do so well in the competition and reach the final against St Clement Danes in Chorleywood.’