A New Later Service on the Abbey Line! 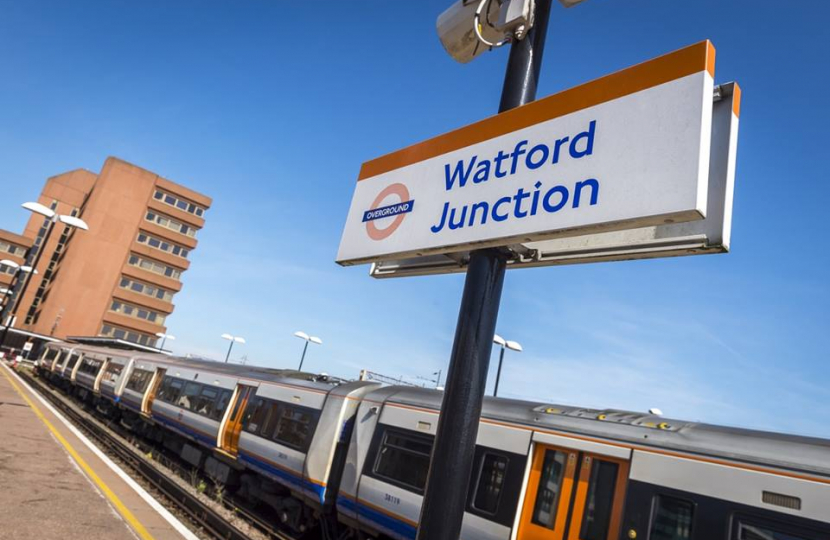 As a result of Richard’s meeting with Rail Minister Claire Perry in November, it has now been announced that he was able to secure an extra service a day on the Abbey Line, which will provide an extra 3,400 seats a week.

The need for a later service on the Abbey Line has been a key demand of passengers for years, and now it seems that feedback has been acted on.

The last train will now leave Watford at around 10.20pm and the last train to leave St Albans Abbey will be at approximately 22.43. Importantly this will 7 days a week and should start in a year's time.

The Watford MP received feedback, from passengers and the user group, AbFly, about later trains, cleanliness and a lack of staff to check tickets.

He was pleased to hear that more staff will be hired to act as Revenue Protection Officers and cleaners. There have been fears for a while that the use of the service is underrepresented as some passengers skip the fare, so this should help to show London Midland how essential the Abbey Line is for local commuters.

Speaking about the news, Richard said:

“I know service on the Abbey Line has been very poor recently, due to technical problems with the trains themselves and poor weather conditions, but I remain fully committed to getting the most out of this branch and for Watford residents in the long term.

I have been able to secure a study into potentially huge improvements to the Abbey Line service – which has the potential to go straight into London, and at the very least, I want the ability for two trains an hour to run on the line. Technically this isn’t possible at the moment, but installing a ‘passing loop’ would allow two trains on the line at once.

Looking at all the other planned transport improvements in the town, such as the Croxley Rail Link, potential for Crossrail to link up to Watford and the redevelopment of Watford Junction, it is essential that the Abbey Line is used to its best capacity. But I know that the service needs to improve so people can count on it every day too.

The new later train and the hiring of new staff is a great start, but there is much more to do.

As I said at the election, this is a real goal of mine, and I would like to take this opportunity say how grateful I am to AbFly Users group, and how lucky we are to have them, who have campaign for improvements and are hugely well informed and passionate.”