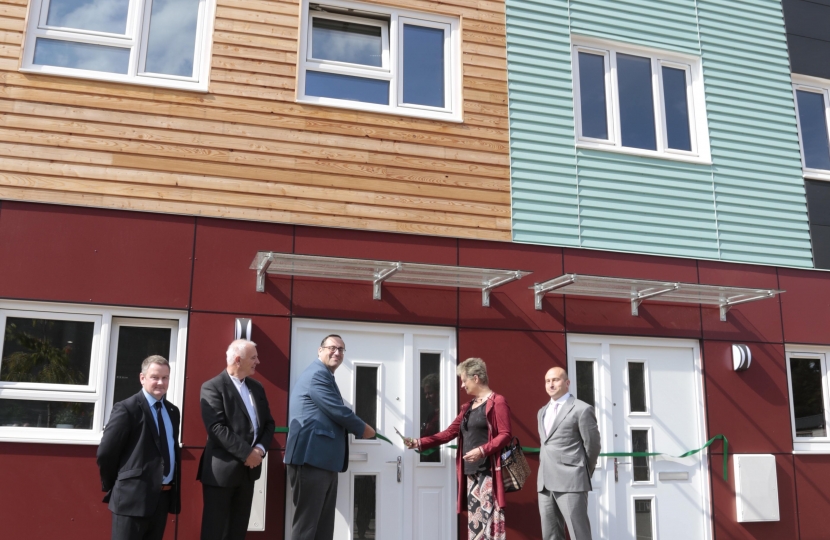 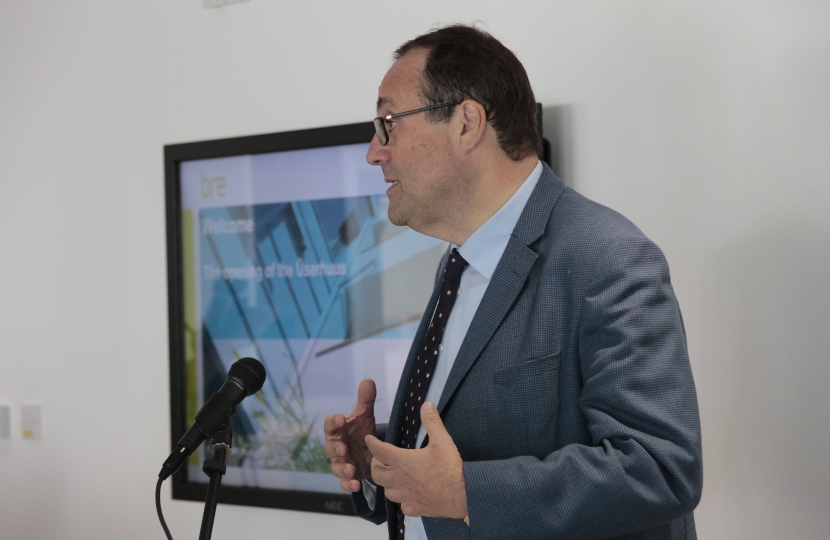 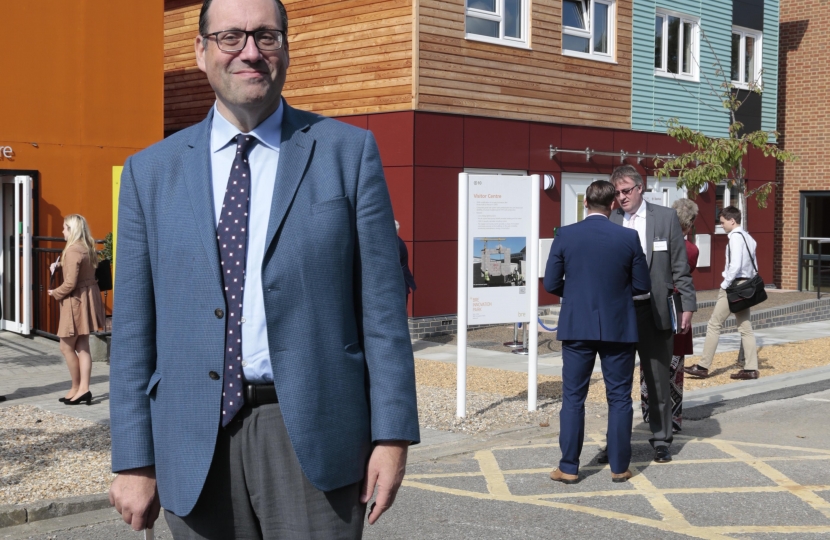 I was asked by BRE in Bucknalls Lane to officially open and introduce a new idea in housing. BRE’s Innovation Park trials, tests and demonstrates ideas like the Userhuus/Tigh Grian concept in housing.

The Government is keen to make sure that we use first-class technology and new innovative methods to produce more homes more quickly, with less waste and of a really high quality.

Their idea is a home which can be built and finished in 8 weeks, half the time it takes to complete a traditional home. The homes are also affordable and residents will face lower heating and electricity bills. Alongside this, the roof itself can be one large solar panel further increasing .

The homes will also be manufactured in the UK, employing local people and could be exported to other countries. They are also overwhelmingly affordable.

This innovation from the private sector will work well alongside Government plans to build around 1 million new houses by 2020. This will come from stalled sites, which were stopped during the recession, surplus public sector land, and some brownfield land.

Since 2010, over 260,000 new affordable homes have been delivered. The Government has also announced that £38 billion of public and private investment will be made available over the next 5 years to deliver 275,000 extra affordable homes - the fastest rate of delivery for 20 years.

In addition, local authorities have received over £3.4 billion through the New Homes Bonus, helping to deliver over 700,000 homes since 2011. These funds have also helped to reduce the number of empty homes, which have fallen by 100,000 since the end of 2009.