The National Living Wage - A Step Up for Britain 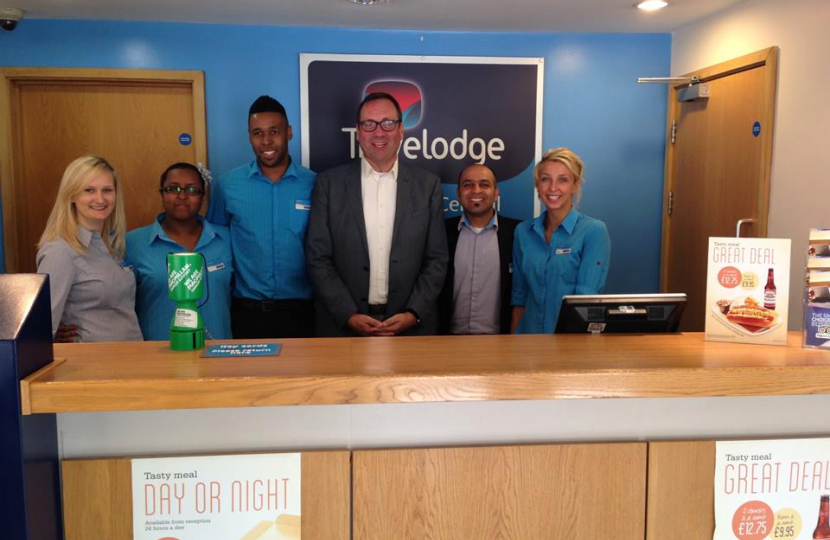 This Friday (1st April 2016) the new National Living Wage will become law. All workers aged 25 and over, who are not in the first year of an apprenticeship, will be legally entitled to the new minimum pay rate of £7.20 per hour. This is a Step Up for Britainand a significant increase from the previous National Minimum Wage rate.  It means that on average a full time worker will receive an additional £900 per year. It will be compulsory for employers to pay this and as a direct result 2.5 million workers will get a pay rise.

As a result those currently working on the minimum wage will see their pay rise by a third over this Parliament which is a cash increase for fulltime workers of over £5,000.

The new National Living Wage is a key part of the Government’s plan to continue to move to a higher wage, lower tax and lower welfare society, building a more productive country and giving families the security of well-paid work.

On April 6th the new increased Personal Allowance will also come into force, raising to £11,000, worth £80 to the typical taxpayer, and means they are paying £905 less in tax than in 2010.

For too long those on low incomes were caught in a system where low earnings were taxed on the one hand, but given back in form of various tax credits and allowances on the other. This is an inefficient way to support workers and taxpayers should not have to subsidise businesses who pay the lowest wages. I am glad bold action has been taken to introduce a NLW while cutting their taxes so they keep more of the money they earn.

The Office of Budget Responsibility assessed this will cost businesses 1 per cent of their profits which the Chancellor will offset by cutting corporation tax to 18 per cent by 2020. Businesses will also benefit from a 50 per cent increase to the Employment Allowance drastically cutting their national insurance bills.

“I welcome this pay rise for Britain and Watford and look forward to seeing the National Living Wage rise to £9 per hour by 2020. This is a real benefit to some of the country’s hardest workers and much deserved.”