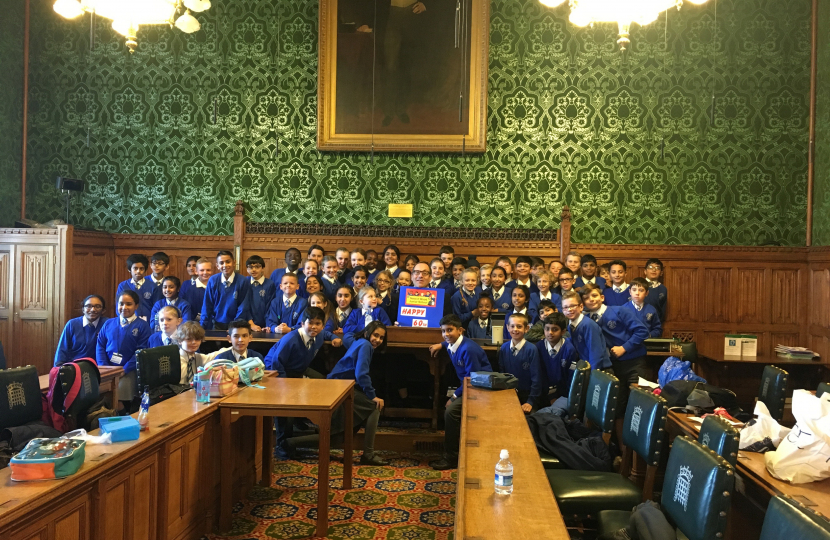 The Year 6 pupils visited Parliament, they were given a tour by Richard and met him later for a Q&A in a Committee Room usually used by MPs to question the Government. They learnt about Westminster Hall, St Stephen’s Hall and Central Lobby.

In advance of this, the children had had preparatory lessons with their teachers about the role of Parliament. They prepared questions to ask Richard such as ‘How did you get into politics?’, ‘Do you think leaving the European Union was a good idea?’ and ‘What is Cobra?’.

The students had also prepared a birthday card for the local MP!

Speaking about Nascot Wood's visit, Richard said: “ Thanks to teachers for organising the trip to Parliament. It was great to meet the pupils and hear from them. I was also very flattered by the birthday card!

If your school would like to come up to London for a tour, please get in touch.’