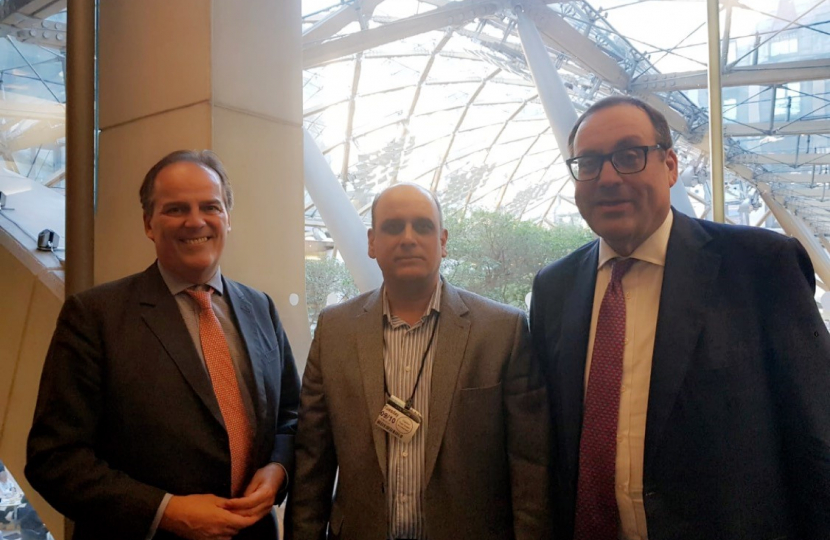 Richard Harrington MP and the Chair of Watford Friends of Kashmir presented the Minister with a petition signed by almost one hundred local residents with concerns about human rights abuses in Kashmir.

Watford Friends of Kashmir has over two hundred members locally and Mr Harrington has been working closely with the group, some of whom have family living near the Line of Control there.

The Kashmir conflict is a territorial conflict primarily between India and Pakistan, having started just after the partition of India in 1947. In 2011, Richard Harrington MP toured the region, as the General Secretary to the All Party Kashmir Group, to learn more about the history and the background of many of his constituents. Whilst there, he met the families of Watford residents.

During yesterday’s meeting, Chair of the Watford Friends of Kashmir, Mr Shafiq Ahmed, highlighted his concerns about human rights abuses and terrible living conditions, asking the Minister about the support the Government is providing for victims.

As well as agreeing to hand the petition to the High Commissioner, Minister Mark Field reiterated that the Government raises the issue of Kashmir, including human rights, with the Governments of India and Pakistan regularly. He also went into detail on the humanitarian projects that we support there.

Mr Harrington thought the meeting went very well and said “I’d like to thank Minister Mark Field for agreeing to meet with us, and for all his hard work overseas. Having visited Kashmir in the past, I’ve seen first-hand how humanitarian aid from the UK is making a huge difference. But there’s more work to do. I’ve been working closely with the Watford Friends of Kashmir, and that’s why I invited representatives to Westminster to meet the Minister responsible. The meeting was very positive, and I will now be writing to the Indian High Commissioner personally on this.”