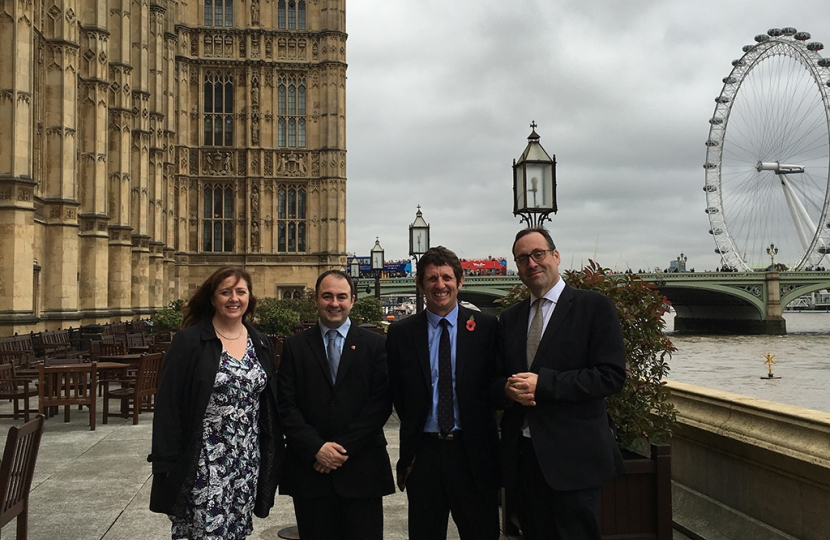 Last week, I had the great honour of hosting the Chief Inspectors of Watford and Three Rivers Police, Dave Wheatley and Deidre Dent, along with Inspector Nick Lillitou in Parliament. We discussed among other things, Inspector Lillitou’s recent prize for his outstanding contribution to public service and community focus. About two years ago, I was with Nick as he launched the Safer Streets Campaign, which aims to deliver crime prevention advice to as many people as possible, encouraging them to sign up to the Neighbourhood Watch and listening to residents’ concerns. So far the campaign has visited 14,000 homes and spoken to 4600 people! The Neighbourhood Watch was re-launched last year and locally 1 in 6 households are members and if you are interested you can join at http://www.hertswatch.com/. Other initiatives to work with young people such as BoxCleva, no contact sports boxing, has meant for example, a reduction by one third in antisocial behaviour in North Watford.

I am inclined to think this approach, and similar across the country are working. The Independent Crime Survey for England and Wales shows that crime fell again by 8% last year and has fallen overall by 14% in the last five years.

In reality this means that means 2.9 million fewer crimes, including 189,000 fewer burglaries and nearly half a million fewer violent offences were committed this year. I know there can be scepticism about such statistics but reporting rates of crime by victims and recording practices by police forces are actually improving, which does give me confidence in these figures. If you would like to know any more about the above, please don’t hesitate to get in contact.