Clearing up the River Colne! 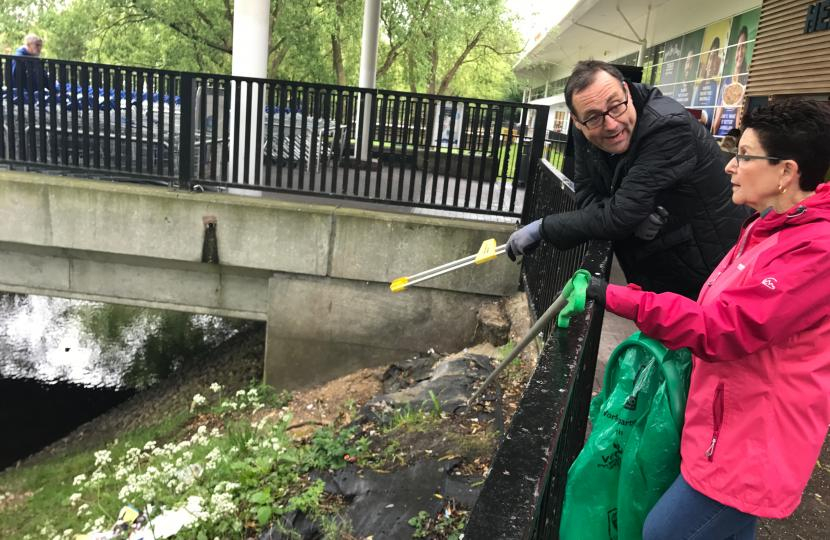 On Wednesday 29th November 2017, Richard Harrington MP welcomed news that the River Colne will be cleared, to remove the blockages that are causing flooding locally.

Earlier this year, Richard Harrington MP was contacted by local residents about a build up of vegetation and sediment which is causing flooding in the Watford area.

Concerned by this, Mr Harrington joined teams of volunteers to clear the river by removing invasive species of plants. The Watford MP got involved with the Oxhey residents who are litter picking at the river regularly. He described their work as "fantastic" but said that more needs to be done to significantly reduce the threat of flooding.

" I'm really pleased that the Environment Agency have listened to our concerns and that this will be dealt with sooner rather than later, preventing flooding as the weather starts to get worse!"